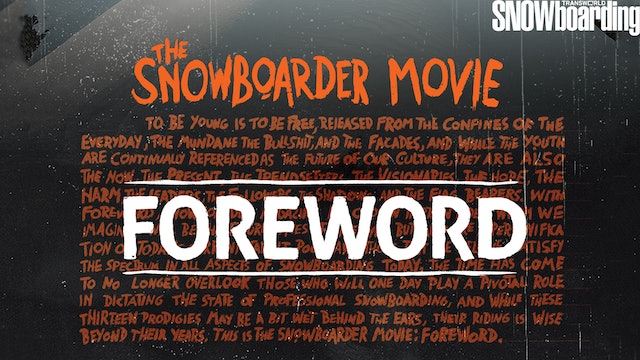 SNOWBOARDER Magazine—the worldwide leader in snowboard lifestyle, culture and news—hand-picked ten of the most promising young snowboarding talents and brought them around the globe to show the world what the future of the sport looks like in this high production and high definition video. Coupled with amazing archival footage from some of snowboarding’s most iconic videos and interviews with Chris Bradshaw, Jake Blauvelt, Bode Merrill and Bryan Iguchi, this film features Ben Ferguson, Hans Mindnich, Garrett Warnick, Spencer Schubert, Sam Taxwood, Dylan Alito, Nils Mindnich, Blake Paul, Dillon Ojo and Jaeger Bailey. Foreword is a film that will not only get you excited to ride but it will also inform everyone that when it comes to snowboarding's next generation, the kids are alright. This is The SNOWBOARDER Movie: Foreword. 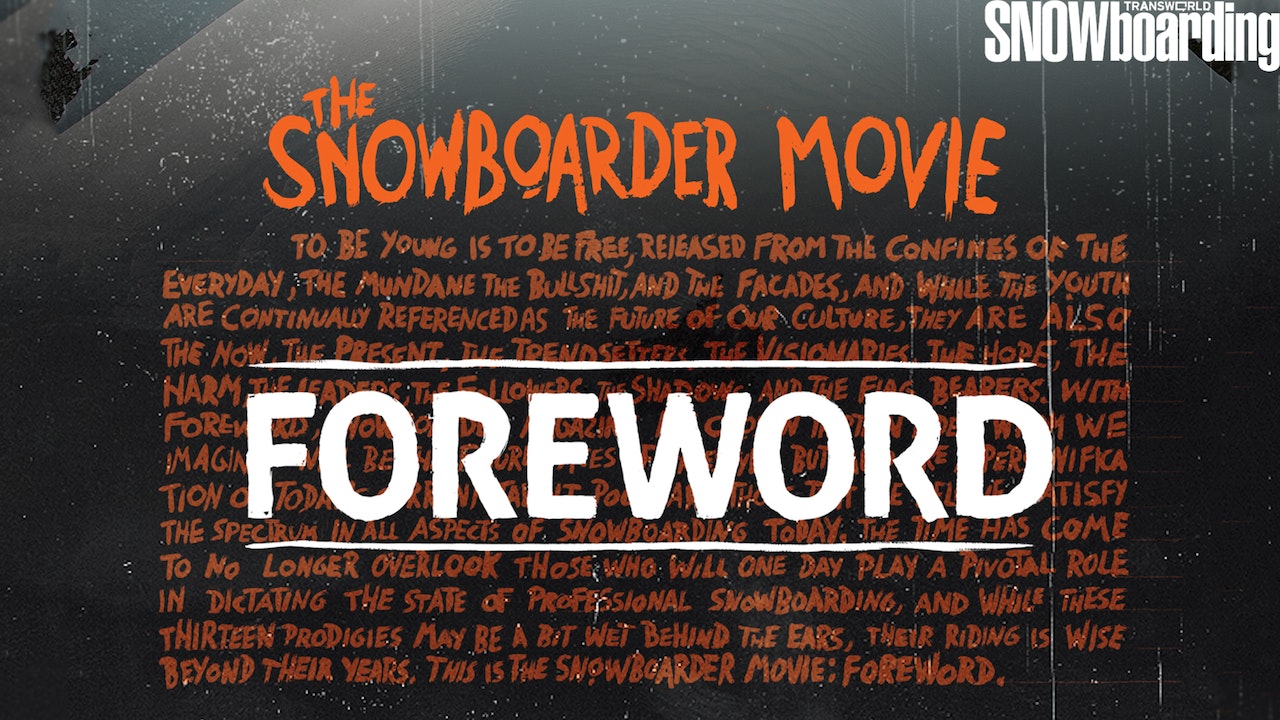