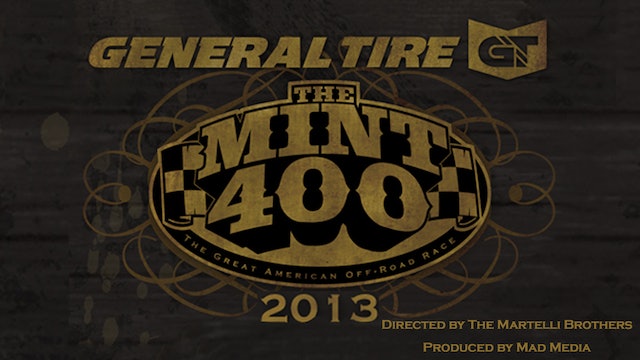 "The 2013 General Tire Mint 400, presented by Polaris" is the oldest and roughest off-road race in America. Every year, the best racers on the planet come to battle each other and the brutal 400-mile course. Only half make it to the finish line!