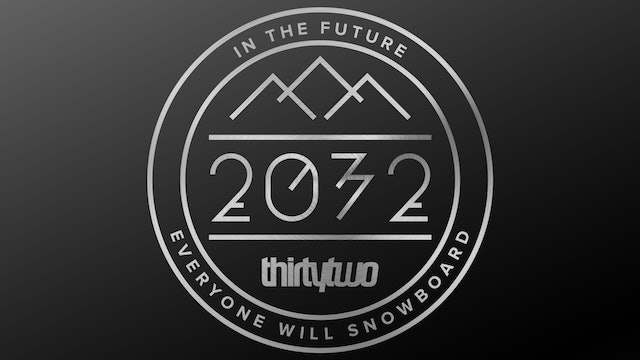 ThirtyTwo has been making high-performance snowboard products for over 20 years. With one of the most respected snowboard teams in the industry. We knew it was time, introducing the first ever team movie. 20 PRO and AM team riders doing what they know best, featuring locations around the world, urban to backcountry snowboarding. This movie will not disappoint. Get ready because; “In The Future Everyone Will Snowboard” Introducing “2032”